The canonical version of this blog post is CSS Logical Properties at webinista.com. Please link to it instead of this version. While updating a demo for CSS Master last year, I opened my browser's inspector and noticed a set of new-to-me CSS properties: margin-block-start and margin-block-end. I hadn't encountered them before, but the property names suggested they might be related to block and inline formatting contexts. That was a correct hunch.

Seems while I was focusing on other areas of web development, the CSS Working Group introduced the CSS Logical Properties and Values specification. It adds several new flow-relative properties, and flow-relative values for properties such as float and clear.

Because browsers and other user agents can strip CSS, you should use the dir attribute instead of the direction CSS property. Using dir will ensure that the direction persists even if the CSS is unavailable.

Figure 1 illustrates how writing-mode affects the block flow direction. Note here that the script (Latin) and language (English) are written and read horizontally.2 Because the writing mode is vertical, each character gets rotated by 90 degrees. Glyphs from scripts and languages that can be read and written vertically (e.g. Chinese, Japanese, and Mongolian) do not get rotated.

I cover scripts, languages, glyphs, fonts, and writing modes and text-orientation in Chapter 6 of CSS Master.

In other words, flow-relative properties and values describe the edges of the containing box relative to the block flow direction of a container.

Flow-relative values apply to properties that accept left and right as values:

For each of the above properties, inline-start and inline-end are flow-relative alternatives to the physical directions ofleft and right (see Figure 2).

Logical versus physical properties and values

Another shorthand property, border-block, sets the border appearance of the starting and ending block edges at once. Both border-block-start and border-block use the same value syntax as border and border-top.

Unlike their flow-relative counterparts, physical properties and values do not change when the value of writing-mode changes; border-left always sets the left border style, as shown in Figure 4.

I've included the list of logical properties for margins, padding, borders, and border radii below.

Be aware that legacy shorthand properties, such as margin, padding, border, and border-width, currently map to to physical properties, not logical ones. As Figure 5 shows, border-width: 50px 0px adds a 50 pixel border to the top and bottom edge of the box, regardless of writing mode.

The CSSWG is still working toward a solution to this. For now, use the *-block and *-inline shorthands. In this case, border-block: 50px adds a 50 pixel border to the top and bottom edges of the box when the value of writing-mode is horizontal-tb and to the left and right edges when writing-mode is vertical-rl or vertical-lr.

Flow-relative properties aren't limited to margins, padding, and borders, however. You can also set the dimensions of an element using the inline-size and block-size properties.

In Figure 6, both boxes have an inline-size value of 20rem and a block-size value of 40rem. The second box, however, uses a vertical writing mode, which means block-size sets its horizontal dimension instead of its vertical one.

As with the width and height, properties, you can set a minimum or maximum inline or block size using the min- or max- prefix.

In each example, the element is absolutely-positioned inside of its container, with inset-block-end: 0rem and inset-inline-end: 2rem rules applied.

When to use logical properties and values

Choose logical properties and values when:

For web sites that publish in a single language or using a single script, it's fine to use either group of properties. Physical properties may be even preferable since they use fewer bytes; padding-top is shorter than padding-block-start.

When creating HTML emails, use physical properties for now, or include them as a fallback. Gmail, for example, doesn't yet support margin-inline and margin-inline-start. Instead, use the appropriate, physical margin-* property for your script and writing mode or use the margin shorthand. 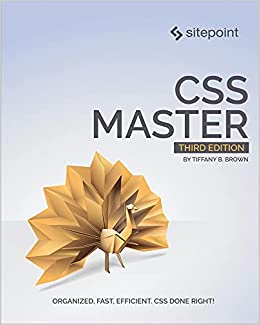